I am convinced that the term “sports ball” should be a thing while conversing about the many great facets of sporting. Maybe its the Zach Smith in me (niche theater reference), but I’m convinced it is a nugget of word gold that is severely being slept on. I mean, it is an all encompassing umbrella term that basically covers all of the bases (ha get it?? sports reference!!). Why get into the nitty-gritty details of baseball-this and lacrosse-that, when you can just hit it out of the ballpark everytime with good ole’ sports ball?

Seriously, someone call up the president of AP Style and tell them to make this offical and grammatically correct. This is the change the grammar world needs to see … or maybe even the whole world. Just something to ponder, yknow?

When new all-star quarterback, Jack, is slated to replace the dead quarterback a small Floridian football team (or sports ball, if you will), everyone is excited. Finally, finally the school might have the oppurtunity to win big.

All is dandy and swell — that is, until the football team finds out that Jack is actually short for Jacqueline. Rut row. Enter the misogyny. And, of course, the beginning of “Home Field Advantage.”

A big part of the book is definitely centered around Jack having to deal with all sorts of Small Town Football Misogyny Bullshit, as well as both Jack and Amber dealing with homophobia in their small town. While the contents might seem to be drab and drag, the romance and hopeful ending are the elements of the story that will stick with you. The pointy, shattered, layered part of the stories, too, but overwelmingly, it is not meant to be sad.

Neither component gets pushed to the side though, because Alder manages to center the story around the characters discovering what is important to them in the face of all the ridiculous-ness thrown at them. That means different things for both Jack and Amber, but I do really appreciate how they are able to communicate and call each other out when the other is making Poor Life Choices™

This made dual POV the move here. Knowing both character’s inner thoughts and perspectives throughout the book was absolutely key to making this story work as well as it did. Both of the characters were dealing with the pressures of their groups (football team or cheerleading squad) as well as some of their own internal turbulences, so I appreciated knowing exactly what was going through each of their minds.

Also! There were never moments where I was super confused on which character’s chapter we were in because the voice was distinct enough. Even then, context was enough to fill in the gaps.  Which brings me to my next point…

THE VOICE!! I fell in love with Alder’s easy way of storytelling in Cool For the Summer, but I think I’m even more obsessed with it in this one (which is apparently possible???) I loved how snarky it was, the banter of the characters, and how easy it was to sit down and devour the whole story in one sitting. What. A. Joy. 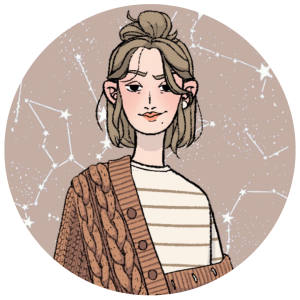